Jules Bise, a junior soccer player at Summit Christian Academy, not only plays for her high school soccer team, but is also a player on the Tulsa SC ECNL 04 girls’ team. She holds the position of midfielder for her high school as well as midfield and forward for the Tulsa team. Not only is Jules an important player for her high school team she is also a leader and holds the title of captain for the team. Soccer isn’t the only activity that keeps this high schooler busy. She is an active member of her school’s National Honor Society where she serves the group as chaplain.

Bise’s soccer journey hasn’t always been an easy one. A little over a year ago Jules tore her ACL as well as her meniscus. She went through a rough surgery and ten months of intense physical therapy to get her well enough to return to the sport she loves.

After she made her way back to soccer, she received a verbal offer for the first spot on the girls’ soccer team at William Jewell College. She was extremely excited and of course accepted the offer to play and be a part of the class of 2022.

“It was a long-time goal of mine to play college soccer,” Jules said.

Through all of her hard times with her surgery and months of physical therapy Jules always had a great support system cheering her on every step of the way.

“Coach Yolanda Thomas and my teammates have been such a huge support for me, encouraging me and cheering me on to the road back to soccer,” said Jules.

When Jules was going through her recovery from her injury, she still maintained a 4.0 GPA.

“I work hard at whatever I am doing and give it 100 percent effort,” Jules said.

By Derrick Smith Basketball has been a part of Parker Friedrichsen’s life for as long as he can remember. Over the years, the growth that...

The Tulsa area is home to a lot of high school swimmers! We want to know which one that YOU think is the best. The winner of this poll...

By Derrick Smith The high school years are some of the most memorable years of one's life. Hanging out with friends on the weekend,... 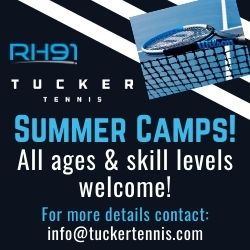